The Sovereign Individual in the age of technofeudalism

Covid precipitated the march of history by crystallizing several forming trends. We’re now witnessing the emergence of a social and political protocol massifying exploitation and anguish - how to extract oneself from it?
2021.1.4  2021.1.4  🔍 Analysis  1759  9 mins

Remember when we used to talk of a “post-covid world”? It’s funny to see how the expression quickly stopped being used as people realized the social order of the “new” world would be as nonsensical and wasteful as the previous.

Yet, the phrase had the merit to stress the role of the pandemic which brought so much stress on our social structures that it resulted in twenty years of “progress” packed into one. I think that today already if we’re attentive and careful, we can envision the next steps of our societal development.

I for one welcomed the “post-Covid” world with open arms, as it finally made apparent fundamental shifts that previously were hard to notice. It can be scary and worrisome, but it has one merit: the current situation is exerting too much pressure on the status quo for it to sustain itself — it will eventually normalize one way or another.

The most obvious end is the extrapolation of the current one: states becoming increasingly greedy in terms of surveillance and control, despite a lack of provable results coming from these strategies. As the situation worsens, they tend to tighten their grip even more to maintain a fleeting appearance of order. The reality is that the facts do not matter anymore — only the perception of them is accounted for.

This thesis has been documented since the middle of the past century.[1]. What’s left are citizens who have essentially less liberty than serfs from the Middle Ages, since they are oppressed by a remote and inaccessible technostructure instead of a lord you can visit and plead to.

On the other end is the sovereign individual, as described by James Dale Davidson and William Rees-Mogg more than twenty years ago.[2]. Such individuals understood the decreasing power and importance of states and developed a form of statelessness. 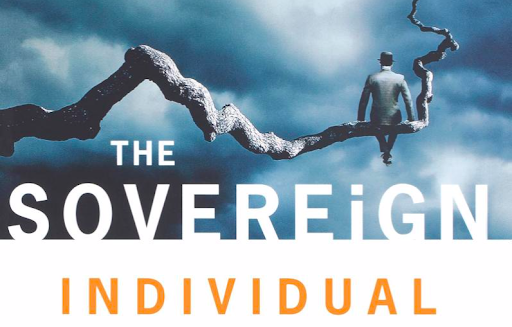 They treat nation-states like mere service providers (health care, education, justice, etc.) and put them in competition with one another. While they are still citizens of one or several countries, they are not tied to them and can move at the moment’s notice.

The reality will allow for a weird but unavoidable cohabitation of the two trends. That’s the gist of the thesis I want to explore today.

This issue is not political. Blue, red, who cares? We’re talking about a topic of higher significance than who gets to star the political muppet show of your country.

This thesis is built upon a previous one: the progressive erosion of power and influence of nation states. It won’t happen overnight, it’s more of an iterative proccess, just like how our previous power structures fadded into irrelevance, such as the Church: they are still around, but their influence is order of magnitude lower than it used to be a couple of centuries ago.

Citizens no longer have root access to the system that rules them, their administrative privilege has been revoked.

The void left by the states is filled by a more chaotic and insidious structure sometimes referred to as “technofeudalism”[4]. One of the merits of the states was their relative transparency: you have a government made of public people, supposedly in charge and responsible. The head is identified and (supposedly) held accountable.

What grew in its absence is on the other hand a headless structure. It’s made of a myriad of corporations, sometimes promoting shared interests — such as reduced taxation or more lax working laws — but also frequently at odds with one another about specific topics. It’s essentially a disparate group unable to align on anything but an ever more methodical exploitation of the human race.

Simply put, our governments got “hacked”: they have been captured by private interests. Thanks to lobbying, the citizen’s administrative privileges have been removed — they no longer have root access to the system.

The “will of the people” or “public opinion” does not matter anymore as it became a mere metric to monitor with no real weight in the game. It’s kept at a certain threshold to preserver the illusion of democracy. Sometimes, the threshold is reached and protests arise.

What’s critical is what happens after: when citizens finally dare to ask for anything of significance, in the best cases, they get swamped by conventional thinking or in the worst case face brutal police repression, just like lords would send their footmen to silence a riot without a care about the demands.

The citizen and the serf

To find comparisons that can shed light on the status of today’s average citizen, one has to go far back in time to the serfs of the Middle Ages. Indeed we find several shared features:

However, the modern iteration of feudalism has a potent brand new leg that made it possible: the “technostructure”. Modern-day serfs are living in an increasingly digital world. As soon as they venture into this realm they are in private property — they renounce ownership over their data and sovereignty over their assets (your Facebook pictures do not belong to you). Very few citizens are aware of this, even less are technical-savvy enough to resist it.

So, to summarize my perspective, here are the main fundamental changes that are taking place:

How to become more sovereign?

So, how to withdraw oneself from the influence of states and private corporations?

I believe that the real battle is now being waged around the question of who will become sovereign. At the time the book was written, sovereignty was mainly acquired by playing with the world of the past. The situation has changed now: there are now more paths to “self-sovereignty”.

Indeed, the emergence of decentralized finance (DeFi) has completely changed the situation: it is a parallel financial universe built on a radically different set of pragmatic values: transparency, resistance to censorship, composability and open-source. Thus, decentralized finance is in a way the first “digital realm” accessible without giving up ownership of its goods or data.

While the values of our political system are promises that must be actively kept, DeFi’s values are applied at the code level: they are the result of the normal functioning of the system and cannot be violated.

DeFi thus allows individuals to possess and exchange goods without the need for an intermediary - it was a form of missing piece to the safeguarding of sovereignty. Thanks to DeFi, everyone can access elite financial services that are more resilient than those of the conventional world, made possible by a mix of private companies and legal frameworks.

If you’ve never heard of it before, you’ve come to the right place! This introduction will help you get started, and you’ll find many articles discussing DeFi on this blog. 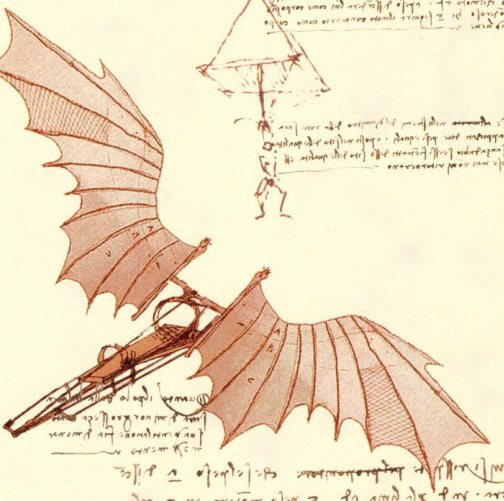 Thanks for reading this piece until the end. If you liked it, you can:

This content lives under an open-source license (more information). You can translate or republish it, as long as it’s shared under the same terms and include attribution to this article.

Find below more additional resources to research further the key thesis and ideas mentioned in this piece: