Is stability a necessity for cryptocurrencies mainstream adoption? 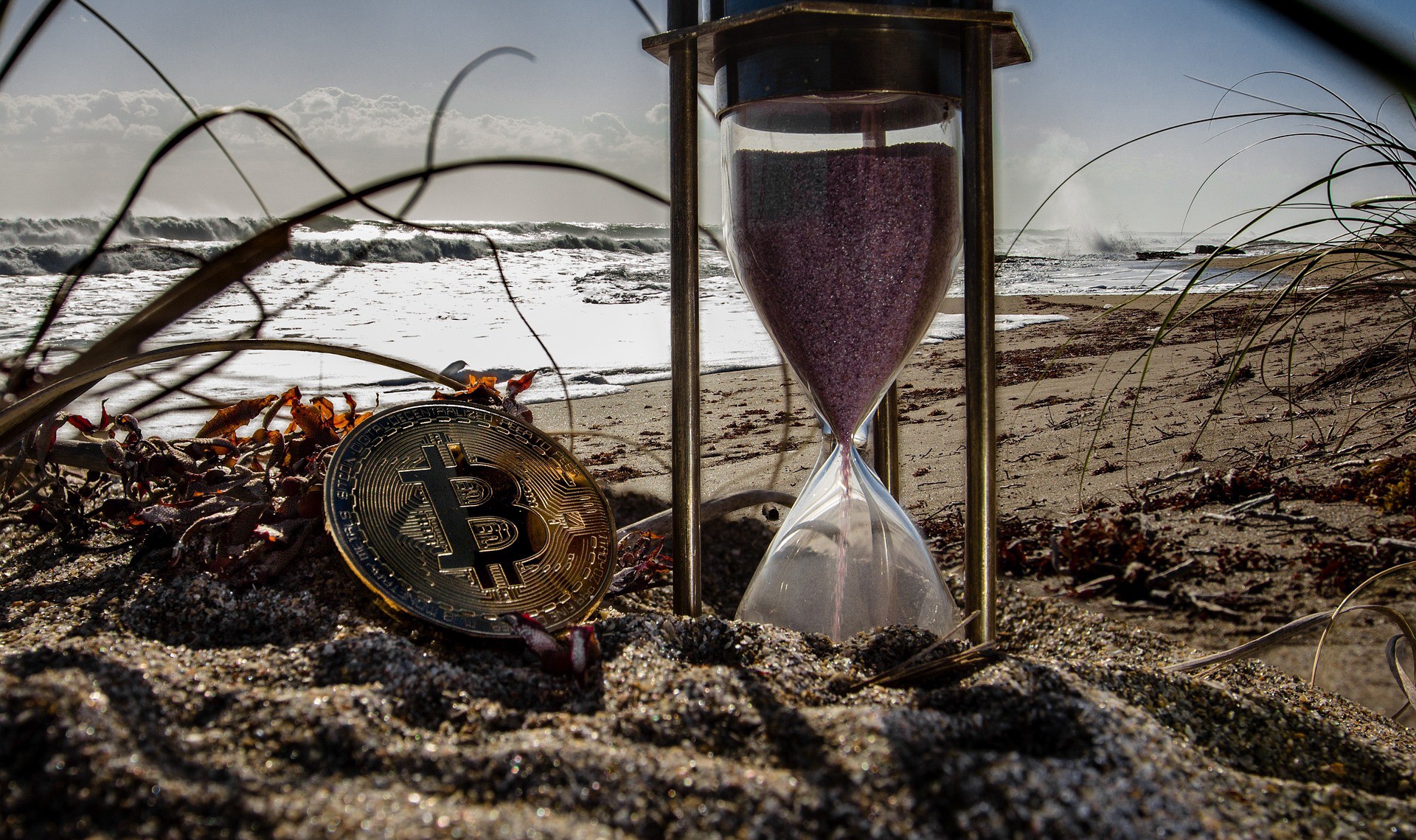 When you talk about cryptocurrencies with people unfamiliar with it, the question of volatility is among the first to pop up. Quite often, it’s a low effort way to dismiss the whole world of cryptocurrencies and recent progress made with decentralization. Volatility does not affect all cryptocurrencies: some of them are made to be stable (price wise) — we call them the “stablecoins.”

Before we get to that point, let’s state some necessary facts to understand this article:

The question of volatility highlights a vital characteristic of a currency: price stability is a necessity to have a currency people feel confident using. Indeed, creating a new currency requires a thorough understanding of both technical mechanisms as well as social dynamics. In order to become a currency, a good must be recognized as such by its users and gain their trust.

The Ghanaian currency (the Cedi — GHS) went from roughly a dollar in 2008 to around 20 cents nowadays. Meanwhile, the Nigerian currency (the Naira — NGN) lost about half of its worth (measured against the dollar).

The exchange rate of the dollar against the Cedi (left) and Naira (right) over the last ten years. Source: TradingEconomics.

The devaluation happened fast enough for people living in these countries to see the impact of it. It could explain the strong interest we observe for cryptocurrencies in Ghana and Nigeria. However, the issue with the determining how much a given currency is worth is more complex than simply measuring it against the dollar. If we use the dollar as our reference point, we must question its stability: is the dollar itself even stable?

Without thinking twice about it, the “yes” seems like the go-to answer. The dollar hasn’t changed over these last 50 years — a $1 bill emitted in 1968 would still be recognized as such today. However, what about its worth? It is changing all the time. Is one 1968 dollar still worth $1 then? The answer is simply no — it would give access to a purchasing power corresponding to roughly 7 present days dollar. 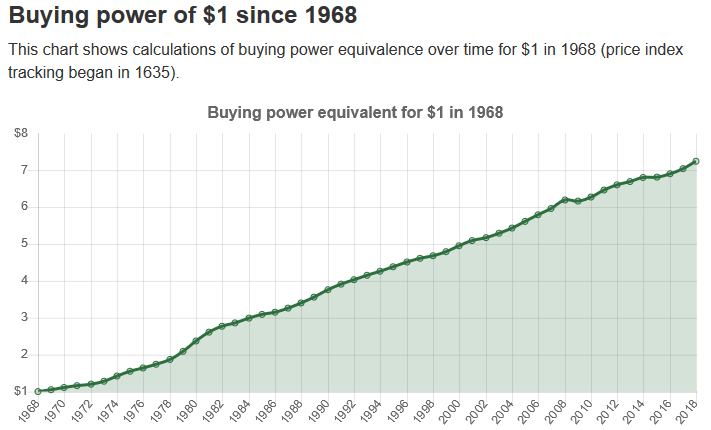 Evolution of the buying power of the equivalent a 1968 dollar from this date until now. Source: TradingEconomics.

The main driver of the spread is of course inflation. The topic is sophisticated enough to have theses written about it, so we’ll leave it to others. Now that we have some context let’s get back to stablecoins.

The idea behind the stablecoin is pretty simple, the challenge lies in the execution. A stablecoin is a cryptocurrency that trades at a fixed price against a good (such as gold) or a common currency (most often the dollar).

A stablecoin’s worth is not stable; it is merely its value that is pegged to a relatively stable asset. Creating a reliable stablecoin is already a real challenge, so creating a fixed-worth currency is a wild dream.

However, the question of having a stable value is interesting to consider. How would it look like? That one unit of the given currency is always worth one unit? That’s DOGE’s specialty! 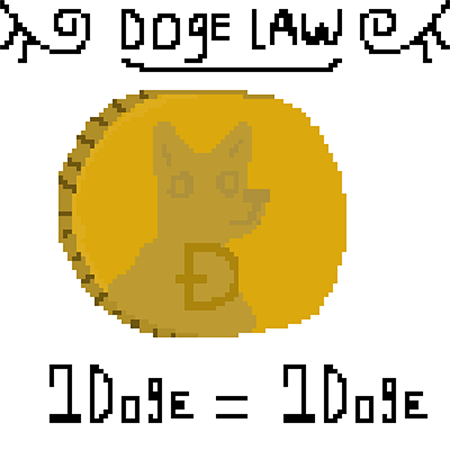 Let’s go back to more serious matters: the stability of currency could be defined as the fact that one unit of it always grant access to the same value. This definition would be consistent with the definition of a currency proposed in a previous piece.

Money is not a store of value, it’s a claim upon value.

Keeping the link between the currency and the actual value it gives access to is elegant, in theory. However, in the real world, it’s close to impossible to measure the buying power of a given currency exactly. It is why we’ll consider stability defined as a currency keeping a constant price in regards to other goods or currencies which have a relatively stable value. Before we get to the different stablecoin projects there are, let’s examine their utility.

What are stablecoins good for?

We already have live and available stablecoins such as the USDT. They are mostly used by crypto exchanges and traders because they offer a way to avoid returning to fiat currencies and having to abide by all the legal framework that comes with it. Moreover, since their price is fixed against the dollar they are somewhat of a safe haven for traders: with them, they can get out of the market without really doing so.

For now, stablecoins are mostly a traders’ gimmick used to get in and out of the market without bringing their money back into their bank account. Hence, in the short-term, they are mostly a speculative tool. However, they can provide a real utility in the long run.

Having a stable cryptocurrency well integrated with the rest of the ecosystem would provide a credible solution to address these needs. At first, stablecoins would be the gateway between the fiat and the crypto world. In the long run, they could become the “fiat of cryptos” themselves: they would become cryptocurrencies which are stable enough to become a preferred payment method. It would provide a broader and more reliable access to the services offered by other (non-stable) cryptocurrencies.

How to stabilize a cryptocurrency: live examples

To fulfill their promise of stable exchange rate against a given fiat, stablecoins must offer a collateral. As a result, several types of stablecoins emerged depending on the collateral mechanism they used:

It is the most direct and simple approach to make a stablecoin, but also the most centralized. In brief, there is a central entity minting the stablecoin who owns a reserve of dollar corresponding to the volume put in circulation. This dollar reserve offers guarantees regarding the solvability of the coin and allow to exchange the stablecoin back to a dollar at any time.

Even so, this approach comes with several issues. First, it’s completely centralized since a single entity is emitting the stablecoin and backing it. There are no other choices but to trust it. Besides the approach is economically inefficient, especially at scale, as it requires to “freeze” an amount of money equal to the number of stablecoins in circulation.

This mechanism is used by the USDT, the most widespread stablecoin. Despite its adoption, the USDT is widely denounced for its lack of transparency — there is no reliable method allowing its users to verify than Tether (the institution emitting USDT) actually possesses in its reserve a stock of dollar corresponding to the amount of USDT in circulation: around 2,8 billion currently. However, the ties between Tether and Bitfinex (the 4th cryptocurrency exchange regarding the trading volume) raise questions regarding the potential for market manipulation it allows.

Created in answer to the lack of transparency of the USDT, TrueUSD uses the same mechanism while offering more guarantees. Rather than owning the token themselves, TrustToken (the institution emitting TrueUSD) works with a network of banks and financial institutions which keep the funds in escrow for them. One of them, Cohen&Company, publishes an independent audit twice a month to confirm that the financial partners of TrustToken do hold in escrow a number of dollars corresponding to the volume of TUSD in circulation.

The guarantees offered seem more reliable than for the USDT, yet the problem is similar: this system requires its user to trust TrustToken and its partners, and particularly Cohen&Company to be honest. It works until it doesn’t.

While fiat collateralized stablecoins are fulfilling (so far) their promise of stability, they are doing a disservice to cryptocurrencies as a whole whose aim is to provide a decentralized alternative to the legacy financial and monetary networks. To answer this concern, another type of stablecoins emerged. They use other cryptocurrencies as collateral and a network of smart contracts to peg their exchange price to the underlying asset.

Yet this type of stablecoins is facing issues too, the main one being the volatility of cryptocurrencies used as collateral. To address them, they necessitate a collateral superior to the value of the stablecoins emitted, which hinders their potential large scale usage.

Dai is another stablecoin pegged to the dollar (1 Dai = $1). It has some interesting features, the main one being that it is fully decentralized. Indeed, the institution emitting the Dai is MakerDAO, a decentralized autonomous organization. It’s an organization which governing rules are automated and enforced through publicly auditable smart contracts, making them transparent and unchangeable.

Dai works in pair with MKR, the governance token. Owners of MKR can vote to decide on the mechanisms used to stabilized the Dai. The system is quite complex and could deserve several articles by itself. Dai was launched on December 17th 2017 after three years of development. Since its launch, its price was in the same range of stability than fiat collateralized stablecoins (+/- ~10 %).

These stablecoins are the most promising in the long run as the address the main concerns raised by the two previous types: they propose a decentralized solution which could be used at scale. These projects are still in the development phase.

Most of them use algorithms which reduce or increase the amount of the given stablecoin in circulation to stabilize their price. If the price goes over the dollar, the circulating supply increases; if it goes below, the supply decreases. The two most prominent projects in this category are Basis and Carbon.

Basis wants to create an “algorithmic central bank” that would stabilize its price. Their system uses three different types of token which makes it quite complex. The goal is to reproduce a simplified version of the federal reserve system with the addition of investors.

On the other hand, Carbon is trying to execute an approached theorized in 2014 already by Robert Sams called the seigniorage shares. The solution is mostly theory for now and has yet to see a working implementation.

Stablecoins: a gift or a curse for cryptocurrencies?

Stablecoins are a recent yet fascinating innovation. There are many projects currently in development (non-exhaustive list) using diverse approaches. The typology proposed above is simplified: some projects mix several types of collateral while others use radically different mechanisms.

Today, stablecoins are speculative tools more than anything else, but they can become one of the critical elements of the mainstream adoption of cryptocurrencies in the long run. Looking at the volume, the USDT is currently obliterating its competition, which creates a systematic risk for the whole cryptocurrencies market. If USDT was to fail, it could lead to widespread panic. Thus speculation pushed the market towards a highly centralized tool lacking any real transparency: a gentle irony for the future of decentralization.

Stablecoin projects mentioned in the article: