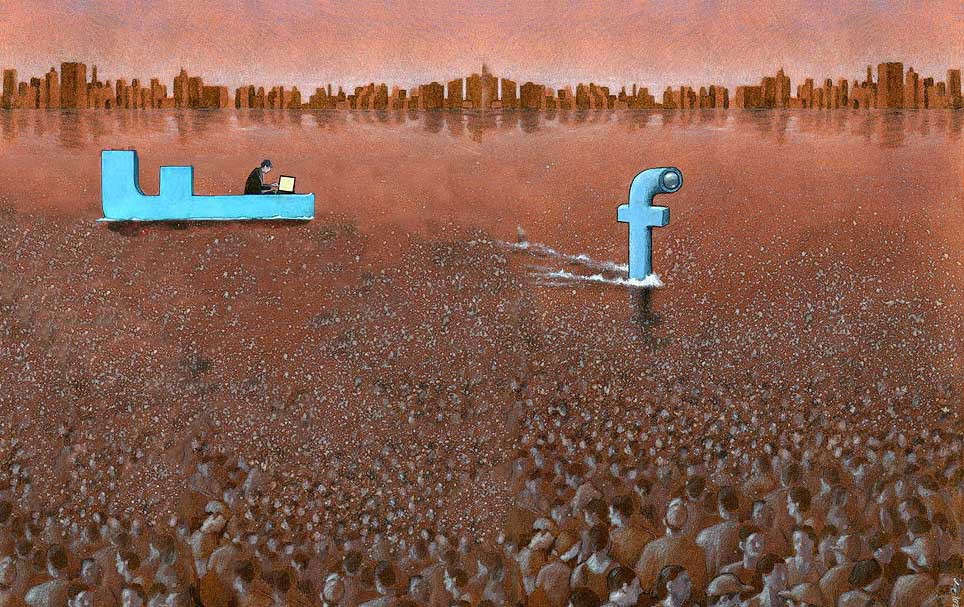 Last month was a strange one. We saw mainstream media questioning Facebook and Cambridge Analytica practices after recent concerns over the US election. The Guardian sums it up in one frightening sentence:

They had manipulated the voters of democracies across the globe, notably in the US, with unsourced propaganda that was not necessarily true; and boasting of sting operations and honey traps

Cambridge Analytica took part in the yes for the Brexit campaign, the election of Donald Trump, Ted Cruz’s campaign, and in dozens of local election (44 apparently in 2014, just for the US). They are now a massive political force, engaged all across the globe with a strong preference for conservative candidates.

While Cambridge Analytica was already advertising its services on Youtube since August 2015, they weren’t very secretive about their intent; here’s what they boast about in their promotional videos: 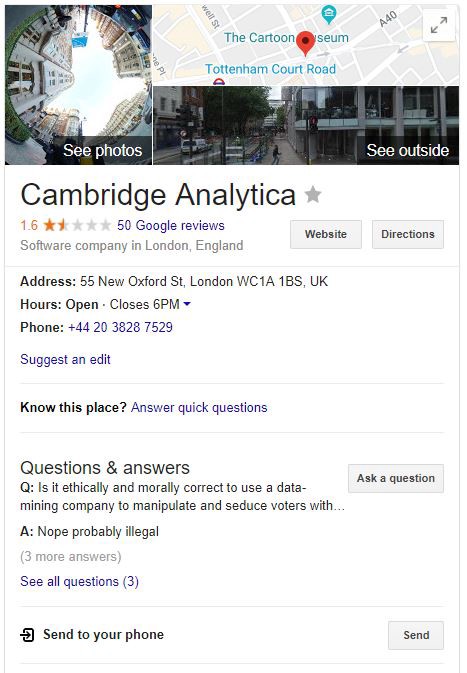 What’s less discussed is how could we even get to this point? Considering the company’s goals and practices, abuses should have been expected and prevented. Let’s broaden the discussion and address the tradeoff made with “free” services instead and the consequences of this data theft: a loss of political and personal power.

THE ADVERTISING MODEL: THE NECESSARY PAIN?

It’s actually a quote from Mark Zuckerberg that got me started on this article. In the Ezra Klein Show when asked about the limits of Facebook’s current business model, he didn’t exactly answer the question yet provided a fascinating response:

You know, I find that argument, that if you’re not paying that somehow we can’t care about you, to be extremely glib and not at all aligned with the truth. The reality here is that if you want to build a service that helps connect everyone in the world, then there are a lot of people who can’t afford to pay. And therefore, as with a lot of media, having an advertising-supported model is the only rational model that can support building this service to reach people.

He presents the advertising-supported model as the only rational one able to bring free services to the world. I would argue instead it’s only the easiest way. Essentially, advertising allows generating revenue out of each/most users of the service. Because of the monetary incentive tied to ads, the provider tends to focus on collecting more data and increasing the user base even further instead of actual development of the service. It can’t be sustainable.

As they restlessly harness data, online services gain actual power and influence on individuals and societies. Facebook is now the kingmaker, or is it already the king? If Facebook is king, it’s a sneaky one: he’s being secretive about its regal nature. They didn’t come public about the Cambridge Analytica scandal, they waited for the public to notice and patiently prepared.

In a manifesto written in 2017 about the future of Facebook, he develops a grandiose and frightening vision for the social network, as “the social infrastructure for the global community”. What we’re seeing today is only stage 1.

Yet, Facebook isn’t a lone wolf. There is a whole industry built on similar concepts: online advertising. While Cambridge Analytica and Facebook are probably at fault, many other companies such as Google, Yahoo, or Baidu have similar practices. A whole industry is at fault.

The advertising industry has always been ripe for abuse and scams, but digital advertising brought it to another level. Abuses are common, both for advertisers and other actors.

Taking a closer look at the industry, you uncover several battles being lead all at once. First, shady practices are rampant in the industry. On the advertiser side, botting and click-fraud are massive. To top this all up, users, annoyed by the evermore intrusive ads, are now fighting back.

Abuses and misleading tactics are spread all around the industry on all kind of ads and devices.

On mobile, apps and games may have aggressive data collection practices, requiring unnecessary permissions (contacts, pictures, files…), which allow them to collect unnecessary data. Unsurprisingly, the Facebook app is among one of the most demanding in terms of permissions.

On desktop, there are intrusive banner ads and pop-ups all around deteriorating the browsing experience on the web. Worst, there are also much more intrusive practices such as spywares (your beloved grandma’s toolbar) bundled with free softwares.

A glimpse in toolbars’ hell

If scammy tactics are common for advertisers, brands pay the price for it as automated clicks are hard to distinguish for real ones.

PRACTICALLY IN A CIVIL WAR

Bots or automated activity is indeed massive in the online advertising world. It’s hard for brands to recognize these practices, and it allows the ad seller to increase their profits.

AKA, why are they so many bots on Twitter? About 20% of all accounts are bots (fully automated), and at least 20% others use automated methods. So, if Twitter was to take actual measure against automated activity, it would risk losing up to 40% of the impressions it sells to advertisers.

The industry itself is well aware of the issue, the World Federation of Advertiser estimates that between 10 to 30% of the slots are never seen by consumers because of fraud. The total loss is estimated at $50bn a year, roughly a third of the current online advertising industry yearly revenues.

USERS ARE FIGHTING BACK TOO

On top of the click fraud, you must add another stream of lost revenues for advertisers: users using an ad blocker. To protect themselves, surfers took matters in their own hand and developed Ad-Blockers extension, such as NanoBlock or uBlock origin.

Considering how intrusive and annoying ads have become, it was bound to happen. While adblockers minimize annoyance on the user side, it doesn’t solve the problem at all at the industry level. Because less users now see the ads they host, media advertising revenues dwindle putting their very subsistence at risk.

On one side, installing a Firefox/Chrome extension come easy for some, many don’t know about them or even about ad blockers. Only the most tech-savvy users tend to use ad blockers.

However, the ad industry is fighting back, some websites are now blocking access to users with an ad blocker enabled. Luckily, blockers currently have the final world with anti-ad blocker defusers like Nano Defender. It’s an ongoing back and forth.

The advertising industry is mined by vicious circles of abuse that lead users to fight back. Since it lowers their revenues, media and advertisers are pushed towards even more intrusive advertising and data collection practices to try to break even.

The whole advertising model is unsustainable. The actual consequences of the development of free services spread all the way down to the individual level. The tributes we pay is already massive.

These include the abuses within the industry, the ongoing war with the users but most importantly the political clout claimed by online service which now makes them able to coerce public opinion.

It’s not only about Cambridge Analytica, it’s much bigger than this. I share Max Evans views on Zuckberg’s hearing:

“Words will be said, apologies noted, laws passed, but the problems will grow. Companies will not moderate their behaviour totally because they only have to accede to individual nations”.

If the state is unfit to deal with this, we have but one option left: do something about it.

The advertising model is not only tendentious but perverse. Is it really the only option Zuck, or just the one that happened to be proposed first and quietly established as a standard? Other models that allow a fairer distribution of the values between all the actors of the ecosystem exist.