The Demise of Nation States: Introducing the Nation as a Service (NaaS) 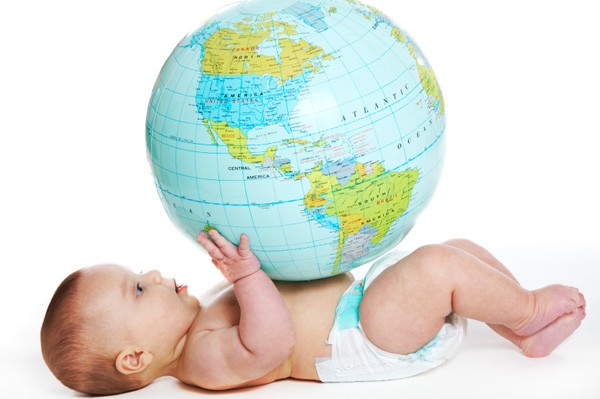 Welcome to BBLand. Have a seat and enjoy the ride!

Whether you believe or not in the idea of “the march of history”, there is an undeniable worldwide trend that is leading to a complete overall of the power structure: the progressive disengagement of the state from state affairs.

While this idea is slowly creeping into the public head space, what’s less discussed is what’s next? What happens once the decomposition is over and there is nothing left? That’s precisely what I’ll address today. I will also suggest a framework to consider the role of the state/nation in a post nation-state world: the Nation as a Service (NaaS). Before we dive in, let us agree on what “decomposition of the nation state” means.

A LONG AND METHODICAL PROCESS

It’s hard to determine when the methodical deconstruction of the state started. Like all societal trends, there is no set starting date and each country/region follows it at its own pace. Only one thing is certain: no state can escape it.

Let’s look at the chronology of the decomposition of a nation state so we might be able to pinpoint the start of the process more precisely.

Note: What follows is merely a tale written to make you question the (shrinking) role of states. It might hurt your political sensibility. Feel free to jump straight to the second part of the article — Introducing the Nation as a Service.

How to break down a nation-state? A step by step tutorial

Let’s go to a fantasy world that will get truer than reality as we depict it. After a long a happy reign as king of BBLand (catchy name eh?), I’ve decided I’m done with it. It’s too much of a hassle, I’ve made enough money. How can I let it go? I can’t just shut off the “business”, I still have millions of citizens on my land. I’ll have to go slow. But I’m in luck, I’ve seen the process happening all around me, I just have to replicate:

First, I must destroy or sabotage the flows of information

If it does flow, people will know what’s happening and might revolt, I can’t chance it. I’ve got many ways to do this, but I think the most efficient is simply to allow an unprecedented level of concentration in the medias. Eventually, I’ll have less than 10 individuals or companies owning them all, and those happy few will promote exactly the same worldview.

Now my citizens are left with partisan medias. Even better, those medias so concentrated they are easier to manipulate than ever before. Essentially, what I did is privatizing the attention of my citizens — I’m a very modern ruler you see. Just to make sure there are no reliable information anymore, I’ll also make the advertising laws very lax, let lies and false information spread widely, and turn the political life into a TV show. Now we’re talking and by that I mean we’re not anymore, but that was precisely the point.

Then, I must get rid of all public institutions

Once again, I can’t do it overnight, I would risk an uprising. I’m gonna do it insidiously.

Let’s start with something remote and easy — the prisons. Prisoners have no rights anyway, right? Even if they do, nobody’s gonna check, they’re hidden from the rest of society! It’s the perfect population to get started: low risk, high reward. So let’s privatize, the market will deal with it!

Alright, now I need a hack for the schools, health care, transportation systems and other critical infrastructure. Let’s cut spending. And cut some more. And some more. By the way, have you seen how inefficient the schools and hospitals have become? Shouldn’t we privatize them to make them efficient again? Excuse me?! I’m hearing a no? Cut! Cut! Cut! Is that a yes? See? When you think twice about it you finally see the light, good citizen.

Note: Yes I’m a Frenchie and I am sincerely sorry for the citizens of the states that never knew what a public healthcare service was. You’re simply moving faster than us! Hurray, “progress”!

Now, I leave everything to the markets

Now that I finally managed to get rid of public institutions, I want to finish the process, optimize the efficiency of my country even more. What can I do?

There must be some stuff we haven’t thought of selling yet? What about the forests? They can make money! And the beaches? People should pay for them! I’m seeing a free park? Are you out of your mind? Oh! We forgot to privatize the water distribution network? But all my citizens are users, that’s a potential goldmine! Let’s organize a tender.

Oh and what about our work laws? Citizens are still thinking they entitled to stuff like “unemployment”. I even had a madman the other day who wanted to prosecute a big corporation for not being socially and ecologically responsible — what a lunatic! I’m gonna slash the work laws a dozen times, just to remind them what “work” used to mean: torture. I don’t even have to go this far, slavery will be enough. But don’t call it like this, no; remember: I’m a progressive ruler. I’m gonna leave them the freedom of choice: would you rather bike for UberEats or Deliveroo?

Let’s take a rest and contemplate: I have markets everywhere, docile citizens with close to no job security and I’m finishing up on the demolition of the last public institutions. I’m getting there, but I feel like I’m missing something.

Finally, from people to goods

You don’t have a job? Don’t you know that unemployed people are parasites? They bring down the whole society! What am I hearing? You can’t find a job? Oh my dear, you need to learn how to market yourself, develop your personal brand. How else do you expect to be visible in such a competitive job market?

Oh yes, that’s very regrettable. It makes me angry too. Sadly I can’t do anything about it: it’s the market. If I start to promote progressive laws the jobs will go away. Our neighbor CCLand is taxing companies even less than us; we’ll bleed jobs!

So when did the deconstruction of the state start?

I’m sure our little trip to BBLand reminded you a thing or two about the real world. But in reality, all four processes are almost concomitant. Only the first one — the decomposition of the medias — seems to be a prerequisite of the others.

What’s even more surprising is how this process started to unfold roughly at the same time in the most developed countries: in the mid 70s. That could be a good starting date. But, I’m not here to talk about media concentration, it’s merely an argument to support my thesis. This topic is already covered.

INTRODUCING THE NATION AS A SERVICE

Going back to BBland for a minute, what’s left of our state? Barely the minimal business regulatory infrastructure: companies can’t police themselves. Is there anything alike already in the real world?

If you’ve never heard about the Estonian e-residency before, go have a look you’ll learn a lot. I know most of my dear readers won’t so here is a screenshot from the official website linked above:

So it seems that there are two essential features offered by the e-residency:

So far, close to 30 000 “digital nomads” and other entrepreneurs became e-Estonian residents. Yet the e-residency is just a first step. I wanted to learn more about this intriguing and unique e-country, so I went straight to the source: Kaspar Korjus, managing director at E-Residency. Do read any of his article, it gives you an incredible insight on what’s happening. What follows is simply three insightful quotes:

On Estionia’s vision for its e-residency:

Estonia’s e-Residency programme is also a fast growing startup — albeit a government startup — […], often with best practices that we’ve taken straight from the private sector.

From Estonia’s perspective, estcoins [Estionia’s cryptocurrency project] were proposed as a way to raise money and support for the development of our digital nation from more people around the world.

About the return on investment for the e-residency:

Deloitte published an independent analysis, which revealed that every euro invested in e-Residency by Estonian taxpayers is projected to return 100 euros to the Estonian economy.

DEFINING THE NATION AS A SERVICE

Estionia is the perfect transition. When I hit publish, I might be coining the term “Nation as a Service”. But in reality, Estonia pioneered the concept, I simply gave it a name. Kaspar pretty much defined it when he envisioned the future world of his three years old son Ruufus:

But perhaps governments don’t have to ‘tax’ Ruufus by then anyway. **Governments can instead earn their main source of income by selling their services globally in the form of monthly subscriptions **— much like how Netflix currently delivers its service.

Since he wasn’t looking at it from my angle, allow me to put words on what I see behind this concept. Here are the four cornerstones of the Nation as a Service (NaaS):

It’s simply a proposal, let me know what your think about the concept of Nation as a Service, and feel free to redefine it. Is this a disparition of the state, or just a transition to a new type of state? Probably a little bit of both.

So where do we go from here? Since Estonia is the most startupy of all the startup-nations, the development of the NaaS is viewed there with a very positive outlook. And indeed why not? So far it seems to have brought wealth and innovation to Estonia. I am the only one to wonder: is this wealth really created, or simply taken from other countries’ taxes? We’ll know soon enough: the rat race has already started— Azerbaijan just joined the party with its m-residency.

My faithful readers know my strong interest for cryptocurrencies and decentralization, I kept myself in check all along the article so allow me to drift of a little bit now. I see many synergies between the NaaS concept and the blockchain: identity verification, taxes, contracts… Yet despite the synergies, a NaaS is a very centralized institution. I’m puzzled. Could one really help the other?

Before I give you your attention back (I privatized it a while ago, it’s mine now, remember?), help me to answer this question: Should I cut the crap and start an ICO to raise capital for the first fully private NaaS? I could be the rattiest rat!