This article is going to be more personal than usual, but given the subject I can’t do otherwise. We’re going to focus on an NFT project in which I’m strongly involved: the Luchadores. They are fully onchain wrestlers, soon to be characters in an upcoming game, also onchain.

More than the project itself, I will explain the thesis I am developing about it. I think this approach may interest you and help you develop personal beliefs about other collections.

In this article, I don’t detail the mechanics of the Luchadores or the upcoming game. Feel free to read the whitepaper now available for more info on this. 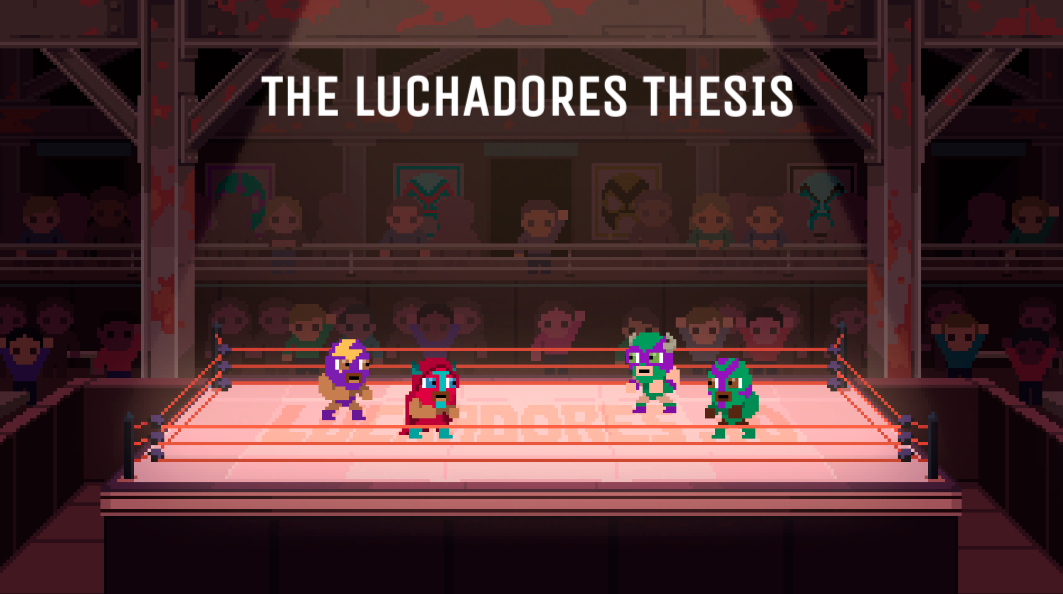 📑 My thesis on the Luchadores

If you are not yet well informed about NFTs and my activities in this area, feel free to read the introduction page.

There are four main reasons for my interest in the Luchadores and my enthusiasm for this collection, so let’s get right to it:

🔮 An innovative and inclusive generation process

The generation of the Luchadores was a fully onchain process thanks to the use of Chainlink’s VRF. It allows to generate random numbers in a verifiable way. Thanks to this feature, the minting of a Luchadores was done with the guarantee that there were no possible manipulations, and the proof of the calculation remains available for verification.

It was this innovative technical dimension that helped me spot the project initially. Limited to 10,000 Luchadores in total, the mint remained available for about 3 months (March->June 2021), with some excitement in the last days.

The long minting period allowed everyone who wanted to be involved to do so, with plenty of time to achieve more timely transaction costs if desired.

The generation was done at the price of 2 LINK (fee needed for the VRF mechanism), paid in ETH + gas costs. Depending on the LINK price and the transaction costs on the network, miners paid between 0.015 and 0.025 ETH per Luchadores.

The verifiable random generation has given rise to some rather amusing “trivia” facts about the Luchadores:

The distribution of rarity is a normal curve: there are more than 8000 Luchadores (81.3%) in the group of 3, 2 or 4 attributes, the most common. The closer we get to the extremes, the rarer the Luchadores become.

◎ A subtle but significant difference

In addition to the generation done entirely onchain, the visual of the Luchadores is in an optimized format (svg) that allows storage directly on the Ethereum chain, thus bringing a consequent resilience to the media associated to each NFT.

It doesn’t stop there since the upcoming game, which we discuss next, will also rely on verifiable random generation mechanisms. So in the arena, critical hits or dodges will be the result of verifiable randomness and very hard to manipulate. 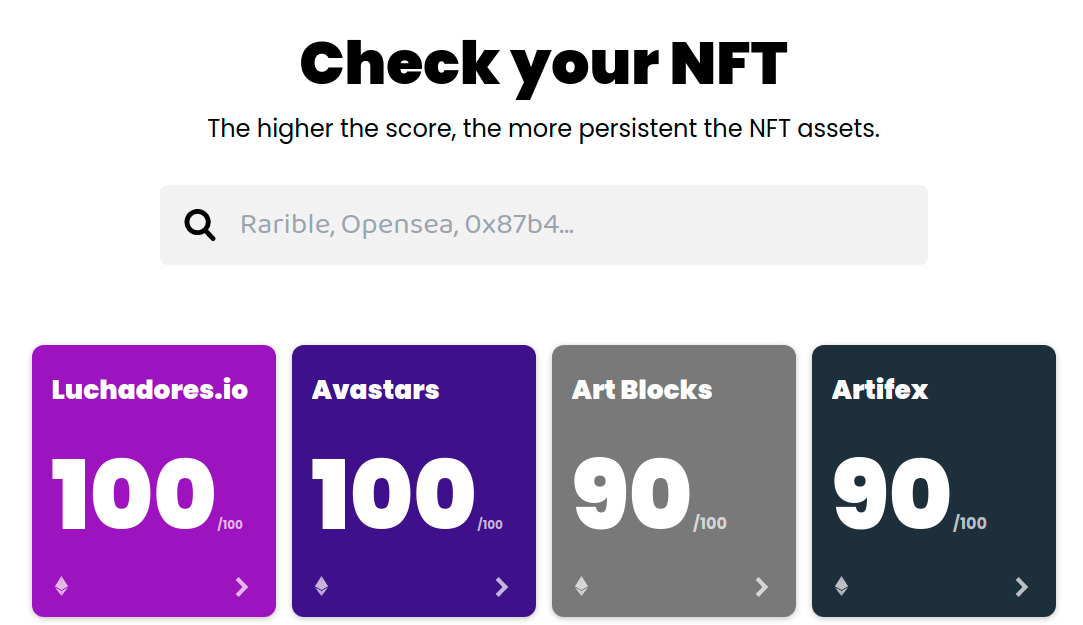 ◎ ArtForAll helps to analyze the resilience of NFTS

I’m not the only one to notice this very resilient approach, which also appealed to the Link marines. Luchadores is also the only 100/100 project with Avastars on ArtForAll, a service that evaluates the resilience of NFTs.

Thus, one could describe the project as “on chain maximalist” but it is not the case: compromises, unfortunately necessary, are envisaged at the level where it is possible to afford it: the random draws related to the game, will be realized on a sidechain (Polygon) or a rollup. This will allow to keep the game accessible and inexpensive, while taking advantage of maximum guarantees for the NFT, which is always warm on the Ethereum chain.

The game itself probably resonates with my nostalgic side. Indeed, the fight will be turn by turn, with a system of attributes (stats), passive skills and triggered skills. 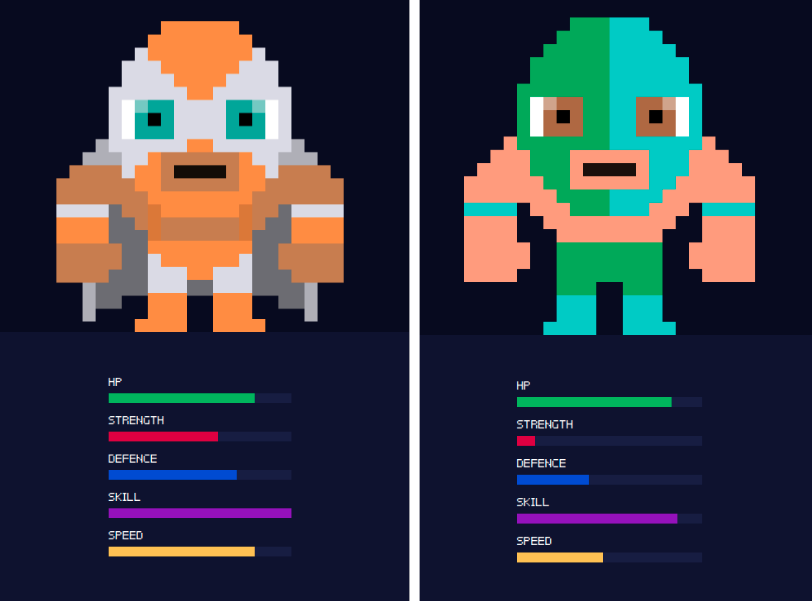 ◎ Attributes will be decisive in the arena

I’ll let you read up on the impact of attributes and skills, but as a fan of turn-based games, strategies and RPGs, I can tell you that I’m ready for theorycraft 🧙 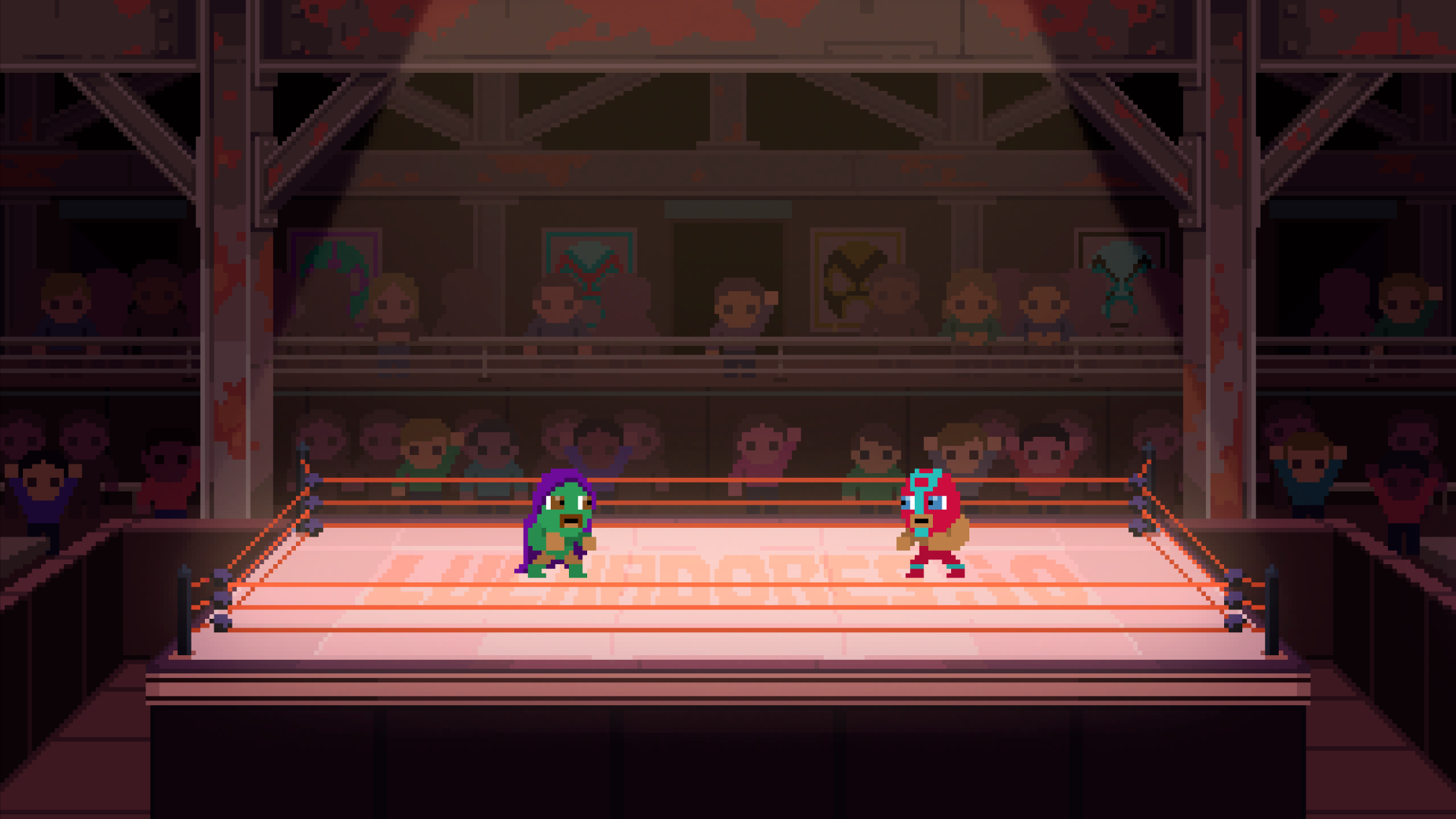 An associated token (LUCHA) will be available to be won. It will also be distributed in the first year to NFT Luchadores owners. The token will have several forms of use related to the game (respect, prodigy system, rename?) and can also be staked to earn MASK, a non-transferable token (only in-game) useful to equip your Luchadores.

📜 The community and its history

The game is developed by a single person, Luchador, who was gradually joined by several profiles needed for the development:

We are talking here only about “formal” implications. Of course, we must not forget all the community initiatives. It is impossible to list them all here, but I will mention them anyway:

I discovered the Luchadores in May, I minted about 80 of them and I followed the project quite passively at the beginning. In June, when the craze started to be more palpable, I got more actively involved, first as a moderator for the French community and then as an administrator of the Discord server.

I see my involvement in the project as an opportunity to educate about the technical dimensions of NFTs. I didn’t choose this project at random: I think that the SVG onchain approach used by the Luchadores is among the most credible, despite the graphical compromise (-> pixel style).

Concretely, I animate the community with different giveaways and I help to make the Luchadores known.

I’ve been pretty unlucky at minting my Luchadores, so I’ve made up for my luck with my acquisitions. Although most of them are a mechanical cleaning of the floor price, mostly between 0.025 and 0.035 ETH, I also acquired some rarer Luchadores including three 7 attributes.

My best catch is the “Batman”, a “7 attributes” that will be one of my main fighters in the arena: 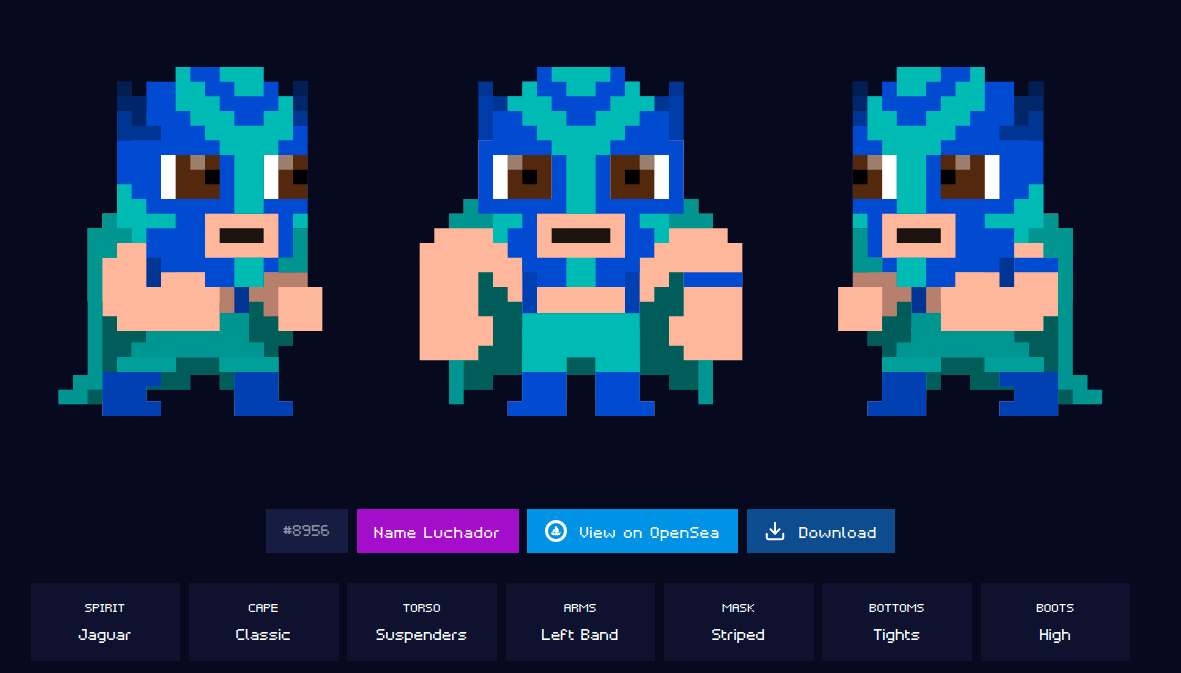 ◎ A Luchador 7 attributes, to win in the arena

Now in possession of 3 Luchadores 7 attributes, I wish to put one back into play. This one will not go to the highest bidder… no way.

The Luchador #8956 will be won in the arena, so it will go to the most skilled player. Looking forward to sharing more details about the allocation mechanism when the game is available.

So I have minted about 80 Luchadores, and bought over 150 on OpenSea.

I intend to use a good part of it as a “promotional budget” for the Luchadores - and it is already done. Several distributions have taken place and a good 50 have already been given away, including 25 to the top wheat farmer DeFi France.

For the rest, as I’m a fan of the skin-in-the-game concept (direct involvement with consequences), and given my involvement in the project I couldn’t see it any other way. I don’t have any Luchadores in my possession on other wallets, I centralize everything on my ENS by transparency

📈 The value of a wrestler

⚠ This article does not constitute investment advice. Choosing when and which jpeg/svg to acquire is a personal choice.

Luchadores first traded near the cost of minting, before establishing a second floor around 0.03 ETH. Since the end of September, with the arrival of the whitepaper, the craze is palpable and is reflected on the floor (price) now around 0.07 ETH.

So a wrestler… great, but at what price? Don’t expect a direct answer from me on that. At this point in time and at this stage of development, it is still a gamble. Nevertheless, the approach is relevant and I think that Luchadores has the potential to enter the NFTs canon, pushing the frontier of interactivity made possible with these digital objects.

Acquiring a Luchadores today means paying about three times minimum the price seen a few weeks ago - and yet it would be a good deal if the current trend continues 🔮 welcome to the world of NFTs, where pricing is a social and highly reflective mechanism.

I’m only talking about it now on the blog because I wanted to take the time to articulate my thoughts. Those who follow me live or on Twitter heard about the project in May and could read about it directly, if they wanted to.

I hope this article has helped you understand what it is about a collection of wrestlers that fascinates me, and more generally how I analyze a collection, and that it will also help you evaluate others.